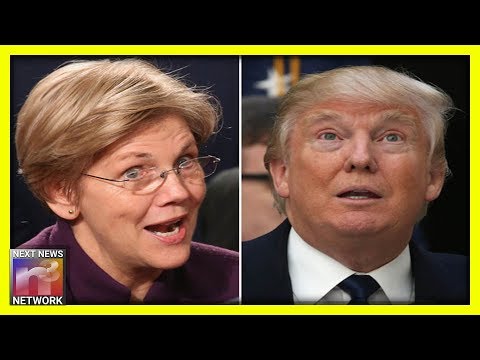 Elizabeth Warren may have been feeling good when she drew several thousand in Minnesota, but look what Trump did in HER BACK YARD.

Things are setting up for a Trump landslide in 2020.

Hillary Clinton won New Hampshire in 2016, by a slim margin.

Trump seems to be solidifying in even the BLUE states as we look toward 2020.

Here’s more on crying Fauxcahontas from The Gateway Pundit: The far left politician and fake Indian promised free tuition for college students as part of her plan to bankrupt America.

Warren also wants Medicare for all and Free Health Insurance for all illegal immigrants inside the US.

Warren’s plans will cost at least $5 trillion, just for starters.

Warren’s campaign and the liberal media said there were 12,000 in attendance but it looked more like 5,000 to be realistic.

12K turned out on a Monday night in St. Paul, MN to see Elizabeth Warren. They had to move to the larger, outdoor venue, and that isn't holding everyone who wanted to be there. pic.twitter.com/Ll2CJrqUvQ

Warren hopes to buy her way into the White House in 2020 with your taxes.

Oh and by the way…

Don’t let that “impressive” Warren crowd fool you, because Trump is looking to take EVEN Minnesota in 2020.

Hillary won Minnesota in 2016, but keep in mind the damage that Ilhan Omar is doing with traditionally Democrat voters there.

The biggest newspaper in Minnesota is actually on the warpath against Omar and that can’t help Dems in 2020.

He could take Minnesota as well.

Elizabeth Warren is the typical welfare state democrat clown and her ideas are getting crazier by the day.

On top of all that, someone told me that she might not be a real Indian.

If that turns out to be true, then it could ruin her career I’d think. 😉

You are WHITE and I’d suggest you pay the reparations to the REAL Indians that you have dishonored.

How stupid is the political climate in our country when a proven liar and fraud can run for President and have support from anyone at all?

I guess if you offer enough free stuff, you can buy SOME votes.