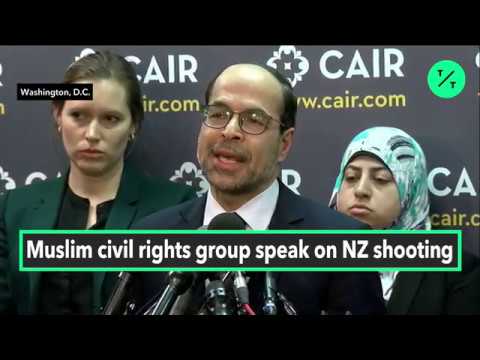 (Natural News) As usual, there has been no shortage of conspiracy theories surrounding the horrific shootings of Muslim worshippers last week in New Zealand.

The most prominent one was offered by the alleged shooter himself, Brenton Tarrant, according to This Is Insider:

At its center is the disturbing “white genocide” conspiracy theory, which has increasingly been referenced in popular culture and politics. The white genocide conspiracy theory claims that through government policies pertaining to immigration and birth control, certain populations and groups are attempting to “replace” white people and European culture in majority white countries. Conspiracy theorists refer to it as a form of “genocide” against the white race.

The fact that it’s a popular conspiracy means far too many people subscribe to it. It’s difficult to imagine ridding the world of whites in an act of mass genocide in the way that Hitler attempted to exterminate all Jews.

But there are some indications that the Left is working to subjugate white culture throughout the West by aiding in supplanting it with Islamic culture and ways.

Case in point: Christina Laila, a reporter for The Gateway Pundit, notes that the Leftist social media platforms which began banning conservatives last year ahead of the 2018 midterms are now punishing anyone who is critical of Islam and of Muslims:

Coming soon: Americans will be charged and prosecuted for “cyber terrorism crimes” for online posts that are critical to Islam. Social media companies are already bowing to Sharia law and banning/shadowbanning users who dare speak the truth about Islamic terrorism and the various forms of jihad.

She writes that she was recently warned by Twitter speech Nazis that one of her tweets calling for burqas to be banned throughout the United States was a violation of blasphemy laws…in Pakistan.

‘These warnings are just the beginning’

“The specific Pakistani blasphemy laws that the tweet violated are punishable by life imprisonment or death and Twitter happily delivered the threat,” she wrote.

And yet, most posts critical of Christianity don’t elicit similar warnings from Twitter or outrage from the American and Western Left.

This is their 1st step.

The next step will be to categorize any criticism of Islam as "cyber-terrorism" so they can have Americans arrested for exercising their 1 A rights.

Make no mistake, terror-tied CAIR is working to criminalize all speech that criticizes Islam as part of their plan to install Sharia law in the US.

It is our 1st Amendment right to criticize & question actions inimical to our interests, yet they are working to silence Americans.

Meanwhile, there is rising hostility on the Left towards anyone who is seen as being critical or unsympathetic to Muslims when there is an act of violence committed against them.

Over the weekend, a pregnant former first daughter Chelsea Clinton was verbally accosted by students at New York University when she attempted to attend a vigil at the school on behalf of victims of the New Zealand act of terror.

Why? Clinton, whose husband Marc Mezvinsky is Jewish, tweeted approvingly of the condemnation of anti-Semitism so routinely perpetrated by freshman Rep. Ilhan Omar (D-Minn.) that it earned her a rebuke from Congress, sort of, last week. (Related: Why did it take the Democrat-controlled House an entire WEEK to pass an ‘anti-hate’ bill?)

“Co-signed as an American,” Clinton tweeted in response to a tweet condemning Omar. “We should expect all elected officials, regardless of party, and all public figures do not traffic in anti-Semitism.”

That very reasonable, very rational sentiment — joining in condemnation of another form of religious hatred and bigotry — was not acceptable to a Leftist NYU student of Palestinian heritage, who actually accused her (and that comment) of stoking Tarrant’s attack (though he admitted he planned it for months).

By comparison, the Left expresses no similar outrage when violence is committed by Muslims — either against each other or another religious group.

The Democrat-aligned “mainstream” media is similarly silent when the victims, for example, are Nigerian Christians brutalized and butchered by Islamic terrorists in their own country.

Read more about the Leftist outrage mob and Islamic terrorism at OutrageDepot.com.