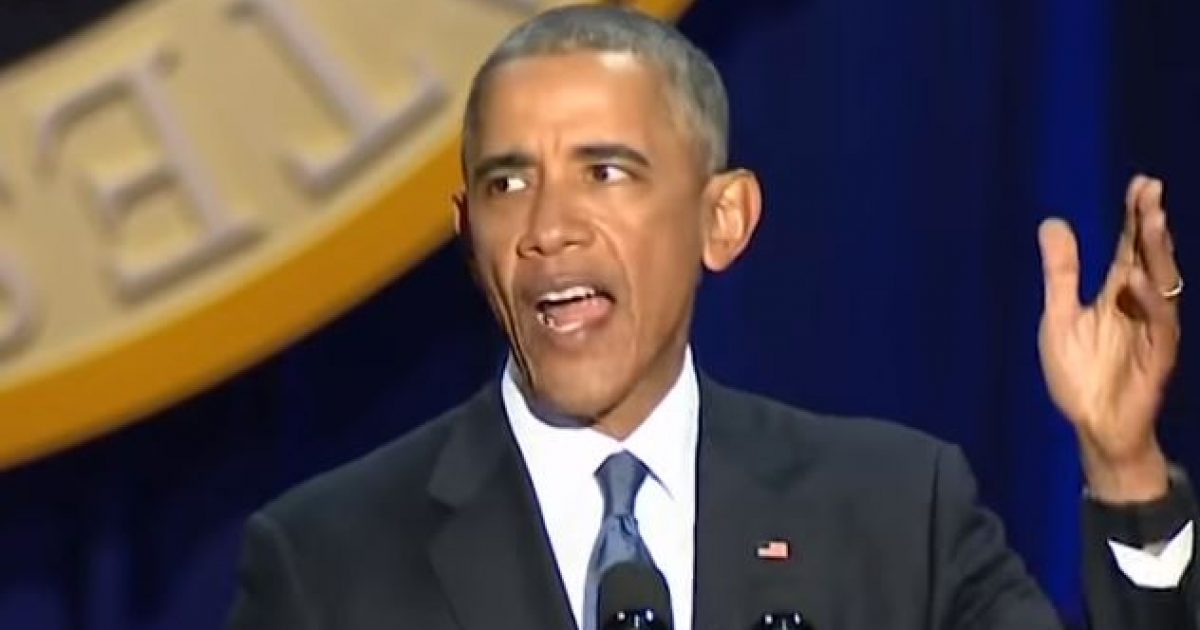 Elder Patriot – Opinion – In its Sunday, July 1, 2018 editorial section the Washington Times ran an opinion piece under the headline: America really did have a Manchurian Candidate in the White House.

Granted it’s only the Times of Washington and not of New York but still it signals a major inflection point in the reporting on the man who convinced millions of Americans that he was the Messiah – Barack Obama.

The piece is authored by L. Todd Wood who is a graduate of the U.S. Air Force Academy, was a Special Operations helicopter pilot, and later spent 18 years trading emerging market debt on Wall Street.

Woods analysis, written for a recognized news outlet, actually begins the process of vindicating so many sites like ours that were labeled as conspiracy nuts and fake news when we reported facts that the mainstream media simply ignored.  Such is the power of the mainstream media.

Wood points out that the amazingly productive first seventeen months of Donald Trump’s presidency made the treasonous actions of former President Obama so much more obvious.  Wood wrote:

“I am struck by the realization that America really did have a Manchurian Candidate in The White House for eight years.”

“The speed with which Trump has been able to turn things around points to the diabolical depths the Obama administration went to in order to undermine our national strength and way of life. All Trump had to do was stop doing things that hurt America; America could then take care of itself. The results are plain as day. However, it will take decades for the Obama damage to be completely undone. The deviousness of the Obama sedition runs deep.”

Let that roll around in your mind for a bit.

“All Trump had to do was stop doing things that hurt America; America could then take care of itself.”

Wood then lists a number of Obama’s policy decisions that, in total, can only be labeled sedition:

He shackled our military field commanders making the fight against ISIS unwinnable.  President Trump proved this when he took the handcuffs off and defeated ISIS in a matter of months.

He ordered the assassination of Muammar Gaddafi after Gaddafi agreed to give up his nuclear weapons making Donald Trump’s task that much more difficult in getting North Korean Chairman Kim Jong-un to accept the word of an American leader.

Obama basically installed the Muslim Brotherhood on the throne in Egypt until the Egyptian military took control back from them.

The so-called Arab Spring, the destabilization of the Middle East and North Africa, and Obama’s refusal to confront Bashar Assad after his use of chemical weapons all defy any sense of logic.

He left the military depleted in both manpower of materiel.

He turned the IRS into a political weapon.

He turned the EPA into a political weapon.

He turned the CIA into a political weapon.

He turned the DOJ into a political weapon.

He turned the FBI into a political weapon.

He did nothing to stop Russian meddling in our election

He allowed Chinese companies to demand ownership interest in American investments in China and with it the transfer of trillions of dollars worth of proprietary technology.

Skolkovo – the transfer of cyber technology to Russia

And then there was:

“… the coup-de-grace of anti-American activity was the JCPOA, or, to say it another way, the agreement to give Iran everything it wanted, including nuclear weapons and money — lots of money — which it immediately used to further destabilize the region, and existentially threaten the only democracy in the Middle East, Israel.”

The list is almost endless and because of the speed with which Donald Trump turned things around, almost entirely without the help of Congress, serves to accentuate just how determined Obama had to have been to destroy America.