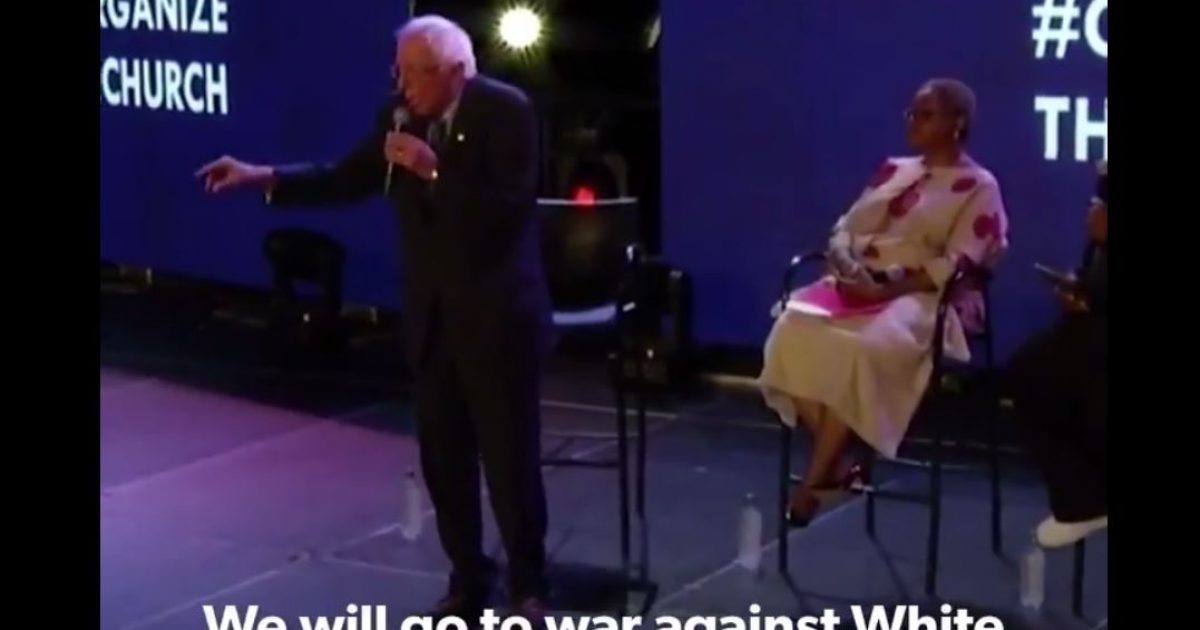 While speaking at the Young Leader’s Conference in Atlanta on Saturday, socialist Bernie Sanders promised that if elected to the White House in 2020, he would “go to war” with white nationalism and racism.

“We will go to war with nationalism and racism in every aspect of our lives,” he added.

“When we combat white nationalism, and when we combat racism, we are going to use all the laws in our power,” he further said.

Sanders also made it clear that he would even use executive orders in his “war” on so-called “white nationalism.”

Here’s video of his comments as posted to Twitter:

We will go to war with White Nationalism. pic.twitter.com/HVtDI0eweQ

Google, by the way, defines “nationalism” as, “identification with one’s own nation and support for its interests, especially to the exclusion or detriment of the interests of other nations.” And remember, Google is certainly no friend of the right… 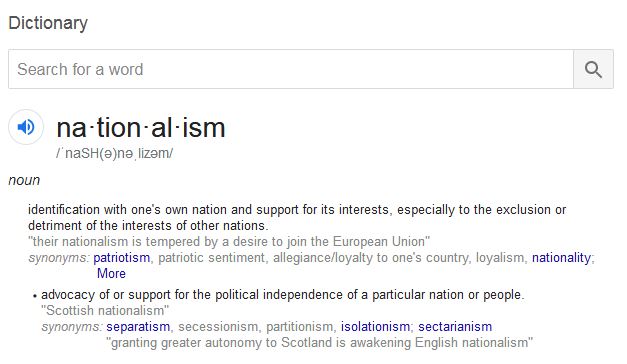 So, using Google’s definition, one could reasonably argue that Bernie Sanders intends to go to war against white people who happen to be patriotic to the United States.

What he means is he will go to war with white people if he were to become president. That's what he means. It's part of that reparation/revenge thing the left is eaten up with inside and, for Bernie being white himself, part of that white guilt nonsense as well.

There aren't that many out there, Bernie.

Tell the truth, you intend to go to war with peaceful conservatives.

That’s probably much closer to the truth than anyone really knows.

Something tells me that a bunch of people would do the same.

We all agree. Well, probably, except for the few thousand white nationalists.

Now, will you condemn Antifa?

Then there was this very salient point, made in the form of a question:

Considering that you think everyone that supports President @RealDonaldTrump is a white nationalist (which is incorrect) you want to have a war with half of the nation?

It sure sounds that way to us.

What concerns us is the increasingly violent rhetoric coming from leftists like Sanders, which almost always translates to violent actions by left-wing domestic terror groups like Antifa, which made itself known yet again in the streets of Portland this weekend.

We can’t help but wonder — how high does Sanders want the body count to be in his “war” on white nationalism? We won’t hold our breath waiting for an answer.