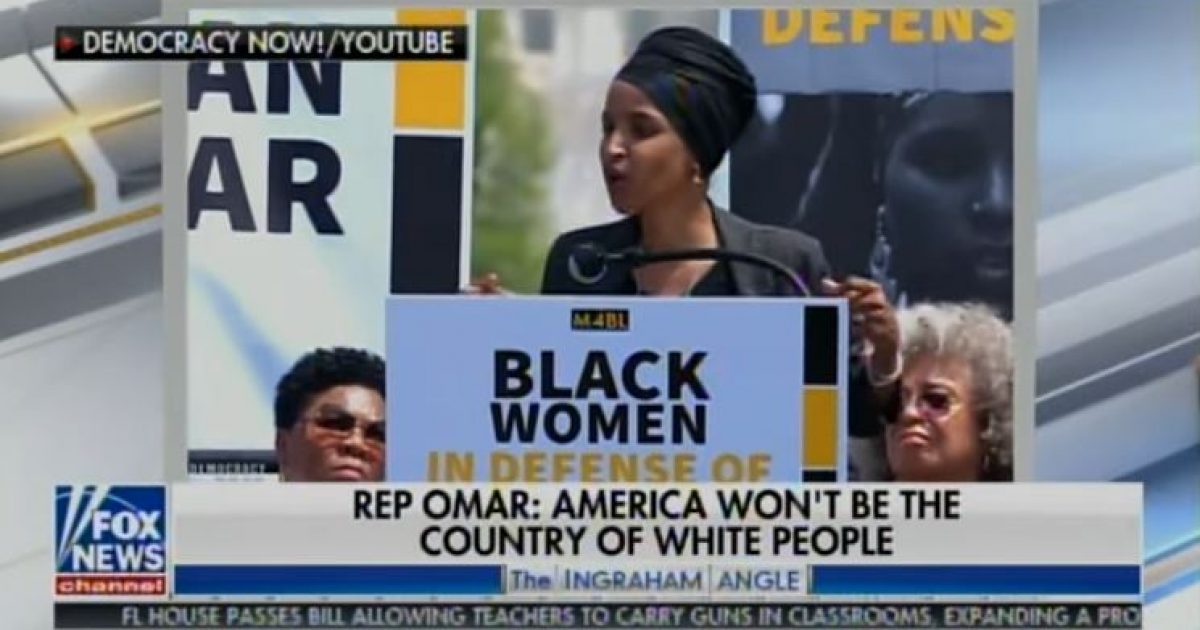 Ilhan Omar, the anti-Semitic Democrat representative from Minnesota, truly hates the United States, and seems to take great pleasure in demonstrating that hatred whenever she can. While appearing at a press conference demanding the censure of President Trump for tweeting about her well-known and well-documented anti-Semitism, she declared that America was founded on “the history of Native American genocide.”

She also said that Trump’s alleged “demented views” are not welcome and that the United States “is not going to be the country of white people.”

Sounds rather racist to us. She wasn’t finished, however.

The press conference/rally on Tuesday was organized by the Movement for Black Lives (M4BL), “an ecosystem of individuals and organizations creating a shared vision and policy agenda to win rights, recognition, and resources for Black people,” according to their press release.

The group complained that after Omar, at a Council on American-Islamic Relations (CAIR) dinner, said that 9/11 was an incident where “some people did something,” her remarks were misinterpreted.

“On April 12, President Trump shared a video on Twitter that depicts Omar discussing the Sept. 11, 2001 attacks interspersed with footage of the Twin Towers burning,” said the Movement for Black Lives. “The clip was spliced to change the context of Omar’s remarks, which were taken from a public event on the broader issue of Islamophobia.”

Mind you, the history of our treatment of native Americans is nothing to brag about — look up “Trail of Tears,” for example — and there certainly were some very dark chapters in those early days. But as the saying goes, Omar needs to remove the forest from her own eyes before she even mentions the splinters in others.

Here’s video of her comments:

As a final note, CNS News tells us that Omar joined several radical left-wing activists, including Angela Davis, a “former long-time member of the Communist Party.” That, in and of itself, should speak volumes.