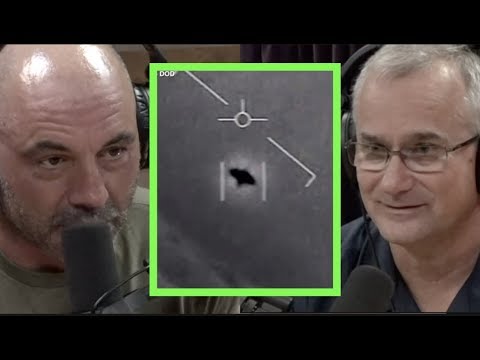 Who is David Fravor?

Commander David Fravor is a former Navy fighter pilot and is considered to be one of the most credible “UFO” witnesses in history. His 2004 sighting was witnessed by other pilots in his squadron.

The USS Nimitz UFO incident refers to a radar-visual encounter of an unidentified flying object by US fighter pilots of the Nimitz Carrier Strike Group in 2004. The encounter also included an engagement with the UFO by the commander of Strike Fighter Squadron 41.[1]

The primary encounter occurred during a combat training exercise being conducted in the Pacific Ocean off the coast of southern California on 14 November 2004, with purportedly related sightings occurring in the days before and after this encounter. A 2015 account of the incident on FighterSweep.com, interviews with one of the pilots, and subsequent news reports describe the sighting of an “unidentified flying object” by six Navy Super Hornet fighter jets.[2]

Thirteen years after the incident, in December 2017, infrared footage of the encounter was released to the public.[3][4] According to The Washington Post, the video was released by former intelligence officer Luis Elizondo to shed light on a secretive Department of Defense operation to analyze reported UFO sightings, the Advanced Aerospace Threat Identification Program.[5][6][7]

Numerous Freedom of Information Act requests were submitted regarding the incident. There was an FOIA obtained that indicated four Marine Lieutenant Colonels and a Marine Major were aware of the event and had witnessed the IR video of the unknown object. A number of documents were leaked to the Internet, with varying levels of credibility. Acceleration values for the performance characteristics of the object were based upon statements from the USS Princeton radar operators, the F/A-18 pilots that saw the object disappear within a second, and the IR video.[8][page needed] The Navy has since reportedly updated their protocols for pilots to report UFO sightings in an effort to reduce the stigma associated with such reports.[9]

Skeptics have called into question the veracity of the pilots’ accounts, pointing out that the sighting can be explained by equipment malfunction or human error. One of the witnesses, retired navy commander David Fravor, lamented the amount “of misinformation that [was] starting to come out through third and fourth parties” during a June 2018 interview.[1]:11:58 On 17 September 2019, the U.S. Navy acknowledged that the three UFO videos are of real unidentified objects.[10]

UFOfest.com has this quote from Favor regarding the incident:

Commander Fravor’s description of what he witnessed on November 14, 2004:

[excerpted from an ABC News interview]
“I can tell you, I think it was not from this world. I’ve seen pretty much about everything that I can see in that realm, and this was nothing close. I have never seen anything in my life, in my history of flying that has the performance, the acceleration—keep in mind this thing had no wings.

You know, you see a lot of interesting things. But to come up on something that’s a 40-foot-long white Tic Tac with no wings, that can move really in any random direction that it wants and go from hovering over the ocean to mirroring us to accelerating to the point where it just disappears—like, poof, then it was gone.”