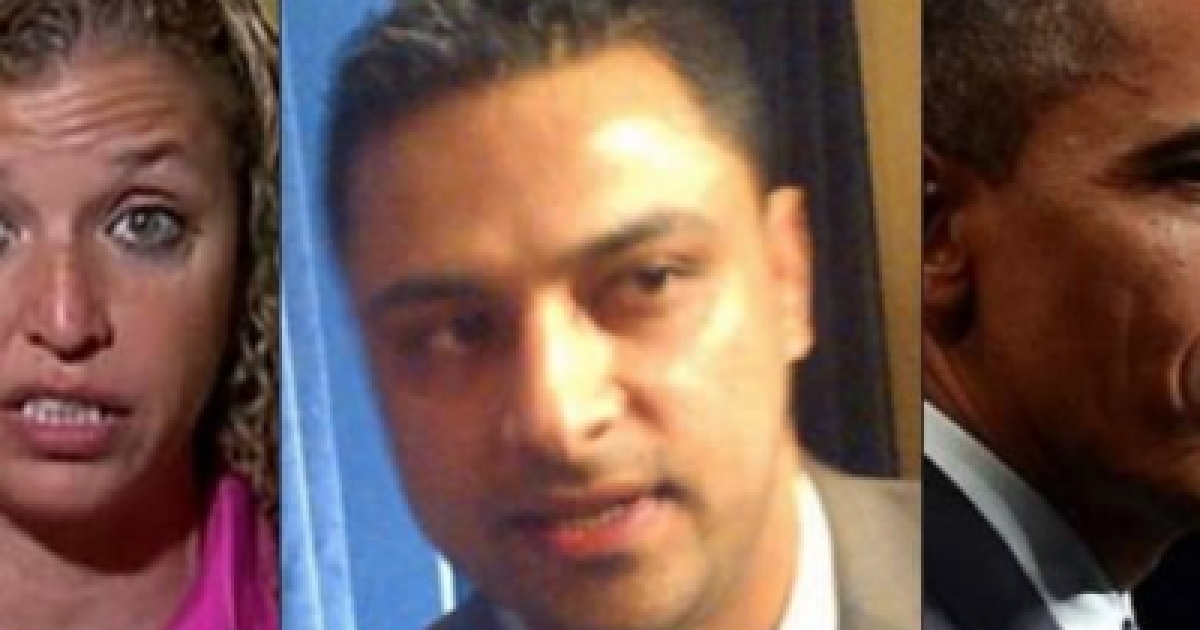 A story that didn’t get very much mainstream media coverge at all in the past couple of years involved the Awan brothers, who provided IT services to House Democrats and had access to things they never should have had access to. Now, government watchdog group Judicial Watch is suing the Department of Justice for records of the investigation into former Democratic information technology (IT) staffers Abid Awan, Imran Awan, Jamal Awan and Hina R. Alvi and the Democrats that hired them.

This move follows a tweet by President Donald Trump on June 7, 2018, in which he declared, “Our Justice Department must not let Awan & Debbie Wasserman Schultz off the hook. The Democrat I.T. scandal is a key to much of the corruption we see today. They want to make a “plea deal” to hide what is on their Server. Where is Server? Really bad!”

Remember, the whole reason for Judicial Watch wanting these documents is because though everyone knows the Awans are corrupt, Muslim criminals, the DOJ refused to prosecute them for their spy ring and cybercrimes.

Imran Awan and his family were banned from the House computer network in February 2017 after the House’s top law enforcement officer wrote that Imran is “an ongoing and serious risk to the House of Representatives, possibly threatening the integrity of our information systems,” and that a server containing evidence had gone “missing.” The inspector general said server logs showed “unauthorized access” and procurement records were falsified.

Imran Awan was Democratic Rep. Debbie Wasserman Schultz’s top information technology aide. Most lawmakers fired Awan in February, but Wasserman Schultz kept him on until he was arrested in July, trying to board a flight for Pakistan.

Imran Awan was allowed a plea deal. He pleaded guilty to federal bank fraud but prosecutors found no evidence that Awan “violated federal law with respect to the House computer systems.”

The Judicial Watch lawsuit was filed after the FBI failed to respond adequately to two FOIA requests.

The FBI claimed it could neither confirm nor deny records related to the first request, filed on May 26, 2017, seeking:

The timeframe for the requested records is May 2015 to the present.

Further, the FBI claimed that records related to a July 3, 2018, FOIA request were located in an investigative file and exempt from disclosure. That request sought:

Former DNC chair Debbie Wasserman-Schultz aided and abetted Imran Awan in his crimes and it was a hard drive that was tied to her office that was central to the case against the Muslim brothers.

As was reported before, Democrat House Intel Committee members were compromised by these guys.

But the Democrats brought it on themselves by exempting these Muslim brothers from background checks. Yeah, these are the same people who want you to go through a background check for a gun that is a right protected under the Second Amendment, but don’t put someone who is going to be dealing with sensitive information, cyber security and IT in their offices to have a background check, especially Muslims!

During the investigation, the House Democrat Caucus server vanished without a trace. By the way, the information gathered by the Awans was transferred to the Pakistani government. They also sent sensitive intel to the Muslim Brotherhood. According to one congressman, they even had access to “all the communication of the Foreign Affairs Committee.” Can you say treason?

Awan and his wife were both indicted for conspiracy against the US.

It appears also that Wasserman-Schultz was engaged in obstruction of justice by keeping a laptop of Awan’s from police and she planned to pay Awan while he was in Pakistan, but he was arrested before he could leave the country.

Awan has a lot more going on besides that though. Take a look:

“It’s time for the full truth to come out about the House Democrat IT scandal, especially with impending change of power in the House,” said Judicial Watch President Tom Fitton. “There is hope that the new leadership at the DOJ will bring transparency to this case, as well as many pending FOIA investigations.”

Fitton also spoke out on the issue in October 2017.

“Frankly when it comes to crimes with a political component, I fear the Justice Department is going to fear to tread. And because of the political nature of what went on (with the Awan family) they’re not going to push the House … and I fear that the Justice Department will be fearful of raising these issues with the House for fear of embarrassing the leadership of both parties … and that’s something we need to push the Justice Department on. That they don’t under-charge or under-investigate this for fear of the consequences that will happen if they push further and find something that no one wants to find, which is a national security threat at our breast here in the House.”

The Awans need to be held accountable for their treason and the truth needs to be presented to the American people.