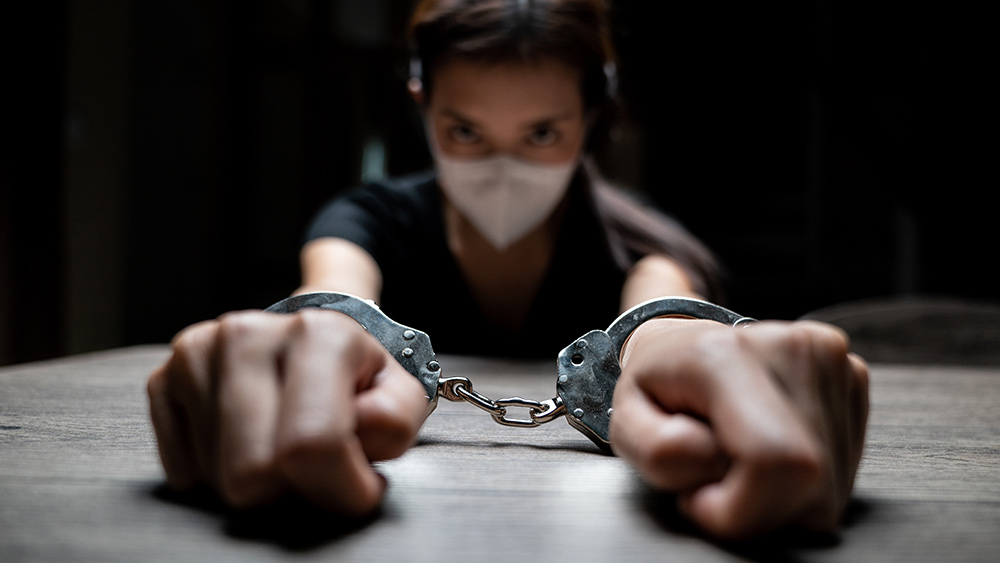 (Natural News) An “ultra mandatory” mask order by West Virginia Gov. Jim Justice is facing stiff resistance from both citizens and even officials in the state.

Justice issued Executive Order 77-20 earlier this month following a surge in Wuhan coronavirus (COVID-19) cases that saw the state report more than 700 cases a day for three days in a row.

“Beginning at midnight tonight, I will issue a mandatory requirement to wear a face covering indoors in all public buildings at all times,” said Justice in his order. “This is not just when social distancing cannot be maintained, this is mandatory wearing your face covering in all buildings, at all times, other than your home.”

Executive order threatens businesses with closure and citizens with arrest

The order, which went into effect at midnight on Nov. 21, requires face coverings to be worn indoors in all public buildings at all times. The only exceptions are for children below nine years of age and for those with legitimate breathing problems.

While previous mask orders existed in the state, those allowed the masks to be removed if social distancing was possible.

“With the avalanche of people across this land that are saying ‘wear a mask,’ it’s just silly to be in a public building, with strangers, walking around with no mask on,” Justice stated. “It’s silly! What skin off your nose is it? I mean really and truly, how big a deal is it to just wear a mask when you go in a building? I mean how hard could it possibly be?”

The governor called on business owners and managers to step up and enforce the order, warning that they would be shut down if they didn’t. He also said that police could be tapped to help enforce the mandate, encouraging businesses to call the police to help enforce it.

Justice also stated that he had been advised by his legal counsel that people who do not follow the mandate could be charged with obstruction of justice.

Justice’s order was met with swift backlash from both regular citizens and government officials.

Some citizens had gone as far as to make threats against Justice. In the state capital of Charleston, a man was arrested for allegedly making terrorist threats against the governor and his staff online. According to West Virginia State Police, 49-year old Stephen Long made the threats Wednesday.

No other details about the kind of threats he made have been made available by police.

Other forms of backlash have come in the form of a lawsuit filed by a group of state lawmakers consisting of four members of the West Virginia House of Delegate and one West Virginia Senator. In the suit, the lawmakers contend that Justice is acting and making laws on his own, without going through the state legislature.

“The core argument is separation of powers,” said John Bryan, the attorney representing the lawmakers. “[The governor is] creating and enacting his own laws — under which process we don’t know, because the people haven’t been involved – and then he’s carrying out and executing his own laws. The West Virginia Constitution says you can’t do that.”

Delegate S. Marshall Wilson, the lead petitioner on the suit, said that it was now past time for the state Legislature to convene and help navigate the state’s reopening.

“I’m not saying that he shouldn’t have taken immediate [action] once he determined that there was a need for a state of [emergency]. It’s the executive’s job. But once he took those actions, he should have called us in and let us do our job,” said Wilson. “We should be here speaking for the people and appropriating money — their money — that’s not the governor’s job. He has basically cut the people out of the decision-making process.”

The suit points out that 38 other states have already called their legislatures back into session during the pandemic. This includes the five states bordering West Virginia. (Related: Biden spins his proposed nationwide mask mandate, now calling it “guidance.”)

Even the state’s own attorney general has openly disagreed with Justice’s executive order. West Virginia Attorney General Patrick Morrisey took to Facebook this week to voice his opposition to the mandate.

In his post, Morrisey noted that criminal charges are never warranted in situations like those covered by the mandate. Morrisey then stated that his office would not arrest people over the mandate.

“During this pandemic, I will continue to ensure that any efforts to use the criminal code for any purpose are not applied in an arbitrary, improper, or heavy handed manner,” he wrote. “Let’s be clear: no one is going to send people to jail and that simply should not be occurring with respect to the Governor’s executive orders.”

Follow Pandemic.news for more updates on mask mandates and other things governments are pushing in the name of stopping COVID-19.