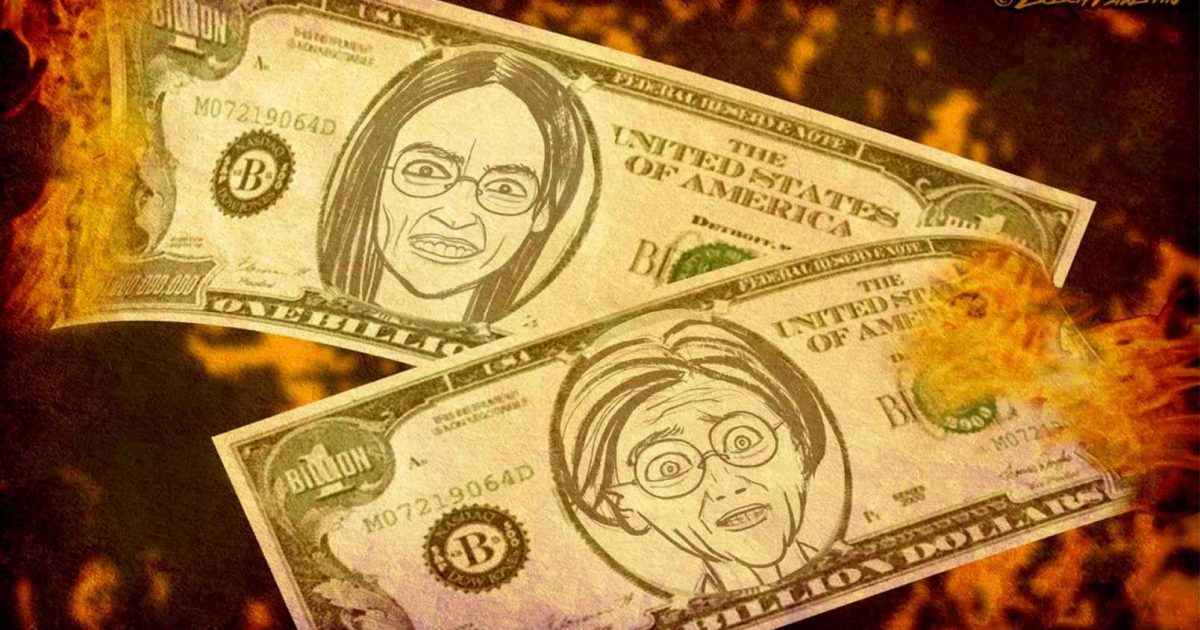 Tax time is usually an unhappy time for taxpayers, but a joyous time for government employees and the welfare class that gets more in “refunds” than it ever pays in taxes.

But this year, tax time is a depressing time for the taxmasters in the big blue states.

Blue states use high taxes to finance their frivolous spending. But this year, the money just isn’t there even as House and Senate lefties from big blue states tout new plans to soak the rich.

Senator Elizabeth Warren made headlines by building her 2020 campaign around a “wealth tax”.

Warren called it, “the ‘Ultra-Millionaire Tax” and claimed that it only “applies to that tippy top 0.1% – those with a net worth of over $50 million”. That’s convenient because the millionaire class warrior’s own estimated net worth tops out at around $10 million. When millionaires like Elizabeth Warren talk about taxing wealth, they mean the wealth of the millionaires who are wealthier than they are.

But over in Warren’s Taxachusetts, soaking the rich isn’t keeping the blue state model afloat.

Massachusetts experienced a January tax revenue shortfall of $195 million. That’s down 6% from 2018. And January is the cold, snowy month that is meant to account for 10% of the revenues for the year.

December was none too cheerful either.

“While most major categories of revenue continue to perform generally as expected, Massachusetts, like a number of other states, experienced below-benchmark performance in the category of non-withheld income in both December and January, particularly in individual estimated payments,” the head of the Department of Revenue announced.

“As serious as a heart attack,” New York’s Governor Cuomo was much less restrained when discussing New York’s $2.3 billion plus revenue shortfall.

“This is the most serious revenue shock the state has faced in many years,” State Comptroller Thomas DiNapoli warned.

“I want to personally welcome anyone escaping high tax states to join the hundreds of thousands of their former neighbors who have already moved to Florida,” Governor Rick Scott announced last year.

In the Occupy Wall Street era, Mayor Bloomberg had warned about the danger of tax hikes. “One percent of the households that file in this city pay something like 50% of the taxes. In the city, that’s something like 40,000 people. If a handful left, any raise would make it revenue neutral.”

The ‘wrong hands’ being any hands other than his pudgy manicured fingertips.

In February, a doleful De Blasio declared that the city expects to see $935 million less in income tax revenue. That 7% drop is going to make New York City’s $92 billion budget, up $3 billion since last year, a lot more challenging. And, for the first time ever, he demanded that city agencies cut three-quarters of a billion, even as he doubled down on welfare to polish his progressive image for a presidential run.

“We have some tough choices up ahead,” he warned.

Sorry, “brothers and sisters”, suddenly there wasn’t “plenty of money in the city” anymore.

Is Rep. Alexandria Ocasio-Cortez, who made headlines with a 70% tax rate, paying attention to her own backyard? And by that, I don’t mean New York City. The fake “Girl from the Bronx” is actually from one of the wealthiest suburbs in the country with the highest property taxes in the country. Westchester took a downgrade from its AAA rating back in the fall. Another downgrade may hit it within two years.

New Jersey’s Department of the Treasury noted a 35% tax revenue fall. California State Controller Betty Yee reported a $2.5 billion revenue shortfall. Tax reform is in the wind. And it’s blowing away the blues.

The blue state model hollowed out the greatest cities in America by making them unlivable for the middle class. High taxes in New York, Los Angeles, San Francisco and countless other cities have turned them into enclaves in which you either need to be rich or on welfare to be able to live in them. And that has made the blue state model precariously dependent on a small and very wealthy tax base.

Lefty politicians solve everything by spending more money and raising taxes on the wealthy. Tax reform made that an unsustainable strategy because, suddenly, red state taxpayers weren’t covering blue state tax bills. And that revealed just how hollow and vulnerable the blue state economic model really is.

When you don’t have a middle class, then the tax burden falls on a very small and mobile population. Unlike the middle class, which is tethered more tightly to jobs and single homes, the sorts of people that progressives are obsessed with taxing are a less stable tax base because they are fewer and freer.

The flip side of class warfare is that your targets can fight back by leaving and leaving you with nothing.

Senator Elizabeth Warren and other blue staters want to take the same failed model nationwide. Their fantasies of a massive national tax hike try to escape the limitations of tax reform by imposing taxes that no one can escape by moving to Florida. Lefties love telling us that we should learn from Europe.

It’s a pity that they never do.

Socialists, as Britain’s Margaret Thatcher had observed, “always run out of other people’s money.”

Now the wreckers of Massachusetts and New York want to wreck America.