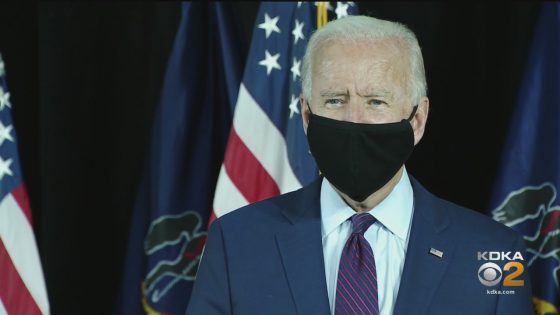 Almost immediately after his inauguration, President Joe Biden began creating new government dictates via executive orders. Many of these executive orders concern coronavirus, fulfilling Biden’s promise to make ramping up a coronavirus-inspired attack on liberty a focus of his first 100 days.

One of Biden’s executive orders imposes mask and social distancing mandates on anyone in a federal building or on federal land. The mandates also apply to federal employees when they are “on-duty” anywhere. Members of the military are included in the definition of federal employees. Will citizens of Afghanistan, Iraq, and other countries where US troops are or will be “spreading democracy” be happy to learn the troops shooting up their towns are wearing masks and practicing social distancing?

Another one of Biden’s executive orders forces passengers on airplanes, trains, and other public transportation to wear masks.

Biden’s mask mandates contradict his pledge to follow the science. Studies have not established that masks are effective at preventing the spread of coronavirus. Regularly wearing a mask, though, can cause health problems.

Biden also signed an executive order supporting using the Defense Production Act to increase the supply of vaccines, testing supplies, and other items deemed essential to respond to coronavirus. The Defense Production Act is a Cold War relic that gives the president what can fairly be called dictatorial authority to order private businesses to alter their production plans, and violate existing contracts with private customers, in order to produce goods for the government.

Mask and social distancing mandates, government control of private industry, and some of Biden’s other executive actions, such as one creating a new “Public Health Jobs Corps” with responsibilities including performing “contact tracing” on American citizens, are the type of actions one would expect from a fascist government, not a constitutional republic.

Joe Biden, who is heralded by many of his supporters as saving democracy from fascist Trump, could not even wait one day before beginning to implement fascistic measures that are completely unnecessary to protect public health. Biden will no doubt use other manufactured crises, including “climate change” and “domestic terrorism,” to expand government power and further restrict our liberty. Under Biden, fascism will not just carry an American flag. It will also wear a mask.

h/t TWS
Dr. Ron Paul is an American physician, author, and former politician who served as the U.S. Representative for Texas’s 14th congressional district, which includes Galveston, from 1997 to 2013 as well as the 22nd congressional district for special term between 1976 and 1977, when he lost reelection in 1978, and for 3 later terms, from 1979 to 1985. On three occasions, he sought the presidency of the United States: as the Libertarian Party candidate in 1988 and as a candidate in the Republican primaries in 2008 and 2012. Paul is best known for his libertarian views and is a critic of American foreign, domestic, and monetary policies, including the military–industrial complex, the War on Drugs, and the Federal Reserve. Paul has been married to Carol Wells since 1957. They have five children, 18 grandchildren and 4 great grandchildren. Ron Paul produces a weekly column known as Ron Paul’s Texas Straight Talk and is the author of several books.
(Visited 4 times, 1 visits today)
Share
Tweet
Share
Pin