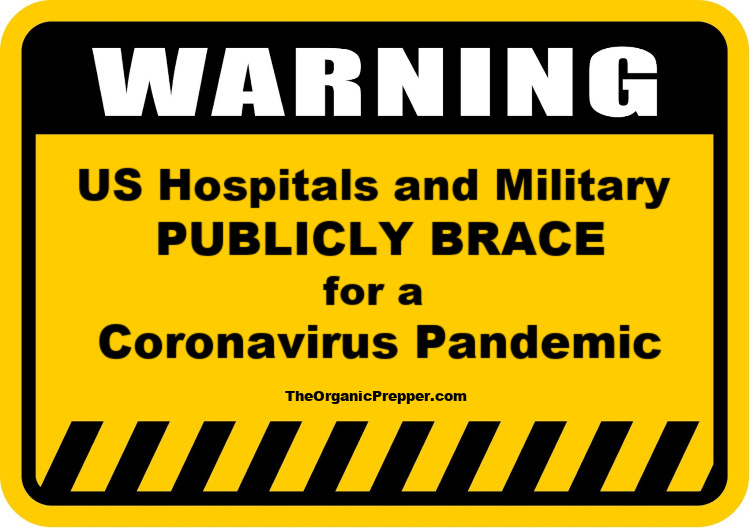 If you trust the numbers coming out of China (I don’t) it appears that they’re getting their coronavirus epidemic contained. Yesterday they reported the lowest number of new cases in ages, with 349 newly confirmed patients, in a dramatic drop of more than 1300 fewer cases than Tuesday.

NHC spokesperson Mi Feng made the remarks at a press conference in Beijing Wednesday, citing the epidemic data in the province over the past week.

The daily count of newly cured and discharged cases in Hubei, excluding the capital city of Wuhan, has exceeded the number of newly confirmed cases for four consecutive days as of Wednesday, said Mi.

Of course, there’s plenty of evidence that China has toyed with the numbers all along, so it’s difficult not to take this “good news” with a grain of salt.

Particularly when hundreds of potentially infected people disembarked the Diamond Princess yesterday to make their ways home to 50 different countries via a wide variety of public transportation options.

And particularly when our own government is busily (and visibly) preparing for the potential of a massive outbreak in the United States.

We didn’t even see these kinds of preparations when we were being warned by the CDC to get ready for an Ebola outbreak back in 2014. Mercifully, we dodged the bullet on that one but it certainly wasn’t because of well-thought-out protocols and procedures. The entire thing was handled so poorly that it could have resulted in disaster. Perhaps we learned from that?

Anyone who is a prepper knows that medical items like gloves, N-95 masks, and other PPE are in short supply right now, and hospitals are also concerned about shortages. The CDC issued a warning last week:

“This is the time to open up your pandemic plans and see that things are in order,” Dr. Anne Schuchat, a top official of the Centers for Disease Control and Prevention, urged hospitals last week.

“For instance,” she continued, health-care providers need to plan for a “surge at a hospital, the ability to provide personal protective equipment for your workforce, the administrative controls and so forth that you might put place in a health care setting.” (source)

In a separate interview, Dr. Nancy Messonnier, director of the CDC’s National Center for Immunization and Respiratory Diseases, told reporters, “At some point, we are likely to see community spread in the U.S. or in other countries.”

How are hospitals bracing for impact?

Across the country, hospitals are taking steps to prepare for an onslaught of patients who may or may not have the infectious disease. Considering that it’s influenza season and many of the symptoms are similar to those of Covid-19, surge capacity could be reached very quickly.

Here’s how some hospitals are preparing, according to a CNBC article:

Cat Ellis, the author of The Wuhan Coronavirus Survival Manual, warns that hospitals could reach surge capacity very quickly and that it will impact more than people with potential cases of Coronavirus.

Assuming the downward trend has continued since 2018, we have less than 924 thousand available beds for every sick person from all causes in the United States. We are facing the potential worst-case scenario of 2,697,300 hospitalizations for Wuhan coronavirus alone.

This would raise the death toll from all causes as hospitals reach surge capacity. Surge capacity occurs when there is a sudden influx of patients that a hospital becomes overwhelmed and cannot treat any additional sick people.

In this situation, there are no more beds, and there is not enough hospital staff to treat any more patients.

Often, during a pandemic, it is not the pandemic illness itself that will kill a person. During the 2014 Ebola pandemic, it was common for people to die of some other health problem, and not Ebola, simply because doctors and nurses were too afraid to come to work. In other places, health care workers also became sick and unable to care for patients, as they were now patients themselves.

Imagine going into labor in the middle of a pandemic crisis. While homebirth attended by a skilled midwife has consistently proven to be safe and have better outcomes than hospital births, things can and still do go wrong. What if that were to happen during a pandemic with no beds available? What if you or a loved one experienced a heart attack or stroke? What if you were in a car accident or injured in a mob trying to get the last supplies off a grocery store shelf and needed emergency room care? (source)

Being prepared to treat minor issues at home is very important when hospitals are overflowing with people who may or may not have a potentially deadly illness.

The US Military is preparing as well.

An executive order was issued by the Joint Staff and approved by Defense Secretary Mark Esper to officially initiate pandemic plans, the Military Times reports. On Feb. 1, U.S. Northern Command was directed the Joint Staff “to commence prudent planning in their assigned role synchronizing the department’s plans for pandemic flu and disease.”

However, Navy Lt. Cmdr. Mike Hatfield says that in no way “does the planning indicate a greater likelihood of an event developing. As military professionals, planning for a range of contingencies is something we owe the American people.”

But in other military news, the Department of Defense has announced that eleven military bases near major airports across the country have set up quarantine camps for possible coronavirus patients. Before you panic and scream “FEMA CAMPS – THEY’RE ROUNDING US UP!” relax. These quarantine areas, at this point, are meant to house only 20 patients.

The DOD installations and the airports they could support as tertiary backups are:

Under the request, DOD support at each location will be limited to providing housing support for up to 20 people as they undergo a period of quarantined observation. The department will also provide office space for several HHS personnel and their equipment through February 22, 2020. (source)

Of course, as the situation evolves, these facilities could always be expanded. There are already DoD quarantine facilities for up to a thousand patients.

Defense Secretary Mark Esper on Saturday approved a request from the Department of Health and Human Services for the possible use of military facilities to accommodate 1,000 people who may have to be quarantined upon arrival from overseas due to a new virus.

A Defense Department statement said HHS officials requested the use of several facilities capable of housing at least 250 people in individual rooms through Feb. 29. HHS would be responsible for all care, transportation and security of the evacuees, according to the statement. (source)

The locations for these quarantine facilities are the 168th Regiment, Regional Training Institute, Fort Carson, Colorado; Travis Air Force Base, California; Lackland Air Force Base, Texas; Marine Corps Air Station Miramar, California. These bases are where recently evacuated from Wuhan and from the ill-fated Diamond Princess cruise ship are waiting out their quarantines.

What does it all mean?

First of all, it doesn’t mean that you should panic. Let’s get that out of the way first. Panic, as Selco writes, does not lead to good decision-making. You can be aware of what is going on and add it to your arsenal of information to help you make the best choices in the future.

What it does mean is that the US government is taking this outbreak extremely seriously. Since generally, the party line is “everything will be just fine,” recent actions taken publicly should definitely spark some awareness that this could become serious.

Preparing for the potential of a Covid-19 pandemic is strongly advisable. (Learn more here.) You have to keep in mind all the other things that could go wrong during a long-term siege of illness. The panic of other people; the fall of systems like utilities, police, fire, and hospitals; and shortages of supplies are all things you should take into account.

Personally, I’m glad they’re taking it seriously because the handling of the Ebola threat was a near-disaster.

It’s impossible to say whether this virus will be contained before it becomes widespread in the United States and elsewhere, and it’s also very difficult to predict the ramifications if it does. Viruses mutate, different health systems may handle it better than others, and containment efforts in different areas may be more successful than others – or less.

But I’d say that the preparations being undertaken by hospitals across the nation and by our own military are a blinking neon sign that we’d be foolish to ignore.