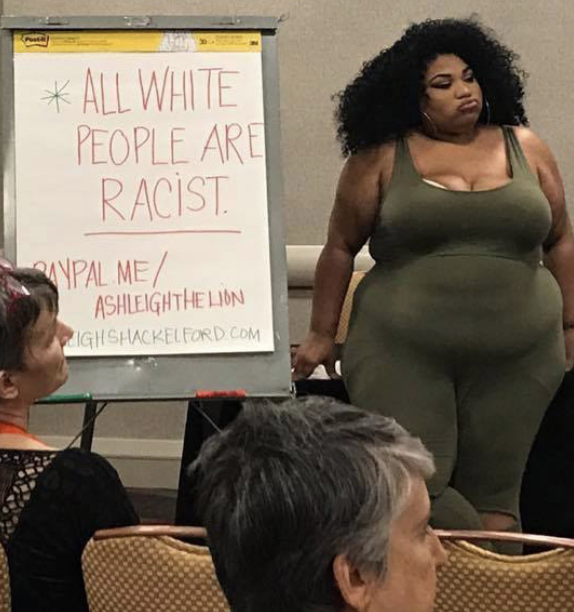 “The journey of a thousand miles begins with one step.”

It was never going to be easy.

In reality, we were never supposed to even have a chance of winning, turning back the hands of time and standing up to the madness overwhelming civilization.

But with simple steps, the evil dominating all aspects of our lives is exposed. And if just one person of influence understands and comprehends the enormity of what has been exposed, hope blossoms. [Trump expands ban on critical race theory to federal contractors, New York Post, September 23, 2020]:

“A few weeks ago, I BANNED efforts to indoctrinate government employees with divisive and harmful sex and race-based ideologies,” the president announced on Twitteron Tuesday.

“Today, I’ve expanded that ban to people and companies that do business with our Country, the United States Military, Government Contractors, and Grantees. Americans should be taught to take PRIDE in our Great Country, and if you don’t, there’s nothing in it for you!” he said in a second post.

It says contractors’ workers who participate in training that “promotes race or sex-stereotyping or scapegoating similarly undermines efficiency in federal contracting,” adding that it promotes divisiveness and distracts from the “pursuit of excellence.”

“Therefore, it shall be the policy of the United States not to promote race or sex-stereotyping or scapegoating in the Federal workforce or in the Uniformed Services, and not to allow grant funds to be used for these purposes. In addition, Federal contractors will not be permitted to inculcate such views in their employees,” the order said.

It builds on an order issued earlier this month that instructs federal agencies to end diversity training programs that teach about “white privilege” and critical race theory.

Office of Management and Budget Director Russell Vought outlined the directive in a memo.

“For example, according to press reports, employees across the Executive Branch have been required to attend trainings where they are told that ‘virtually all White people contribute to racism’ or where they are required to say that they ‘benefit from racism,’” the memo continued. “We cannot accept our employees receiving training that seeks to undercut our core values as Americans and drive division within our workforce.”

Don’t stop moving forward. You never know who you will influence.