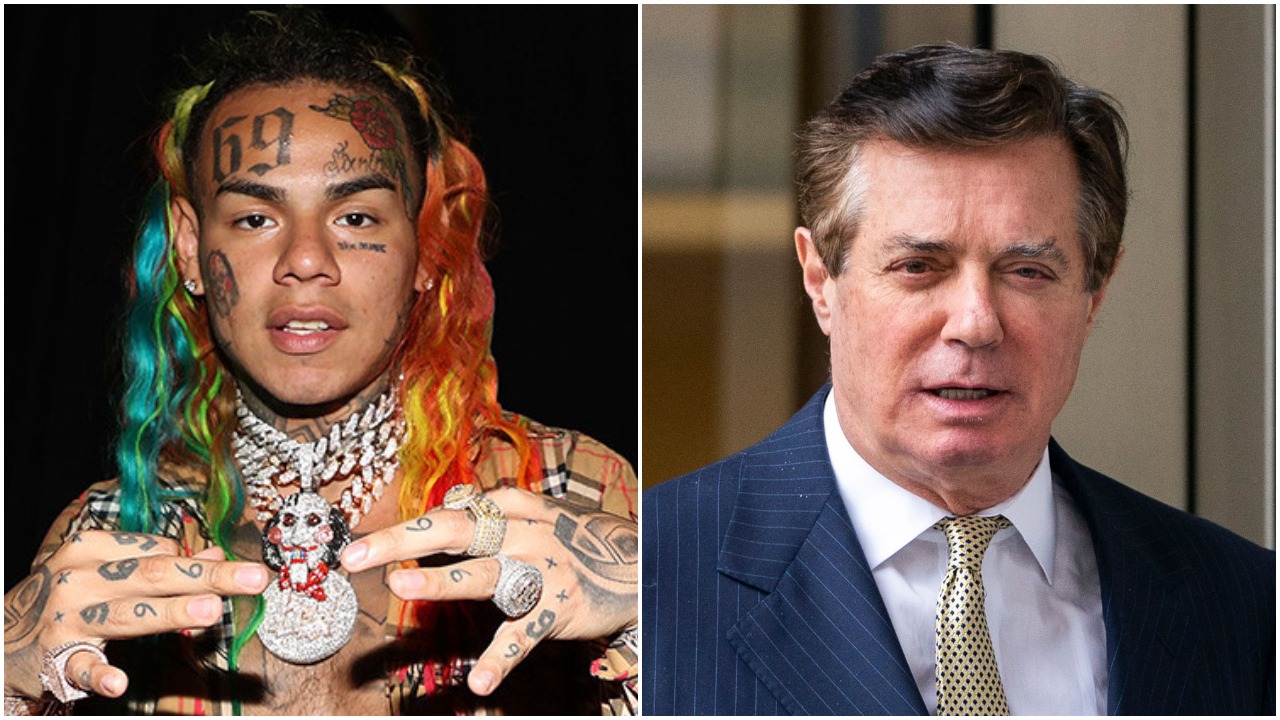 Leftists always like to whine about “white privilege” but the ongoing Russian collusion witch hunt being conducted by federal thugs against American patriots shoots down that ridiculous theory. Perhaps we should be talking about hispanic privilege after the lax treatment given to face-tatted rapper Tekashi 6ix9ine by the court of law!

This cultural degenerate rapper is going to walk after snitching like a b-tch on his gangsta thug homies. A Hot New Hip Hop report interviewed his baby momma who confirms that her man is a rat fink:

“Sara Molina opened up about 6ix9ine’s guilty plea while reading the recently released transcript of his testimony against his co-defendants. Molina explained that if you read between the lines, the rapper will walk away without doing any sort of prison time after snitching.

“You gotta read in between the words,” she said. “He basically admitted to the crimes he took part of, his participation, and he’s agreeing to disclose any other information as far as what happened and who was there and how it happened. And set forth, since he has done that, as long as he doesn’t get into any further criminal activity or crime, all nine counts are out the window. That’s how I take it. Basically, we could read in between the lines of what his agreement was.”

Molina also spoke on 6ix9ine’s decision to rat on his friend, Kooda B. 6ix9ine admitted that he paid Kooda B $20K to shoot at Chief Keef and will now be testifying against Kooda in court.”

Meanwhile, former Trump campaign manager Paul Manafort is a made man who real gangsta rap musicians should support. He wouldn’t flip. He wasn’t a stool pigeon. This is what rap music teaches to its adherents. Tupac will have some big booty hoes and ice cold 40’s waiting in heaven for Manafort after he passes through the pearly gates, without a doubt.

The feds want to give Manafort decades in prison for being a patriot who refused to dime. Bloomberg explains this sad situation:

“Special Counsel Robert Mueller recommended that Paul Manafort serve as much as a quarter century in prison for his convictions last year on tax- and bank-fraud charges, seeking what is effectively a life sentence for the 69-year-old former Trump campaign chairman.

Mueller’s prosecutors urged U.S. District Judge T.S. Ellis III in Alexandria, Virginia, to hammer Manafort for using untaxed income hidden offshore to support a lavish lifestyle and for cheating banks when he was desperate for cash.

“Manafort acted for more than a decade as if he were above the law, and deprived the federal government and various financial institutions of millions of dollars,” prosecutors wrote to Ellis late Friday. “The sentence here should reflect the seriousness of these crimes, and serve to deter both Manafort and others.”

The special counsel’s 120-page submission, which recommends a prison sentence of between 19.6 and 24.4 years, contains his first public assessment of the severity of the eight felonies for which Manafort was found guilty following a jury trial in August.”

This shows the cruelty of the two-tiered criminal justice system. You can’t get a fair shake from Johnny Law unless you are a rapper these days! The Founding Fathers are spinning in their graves!