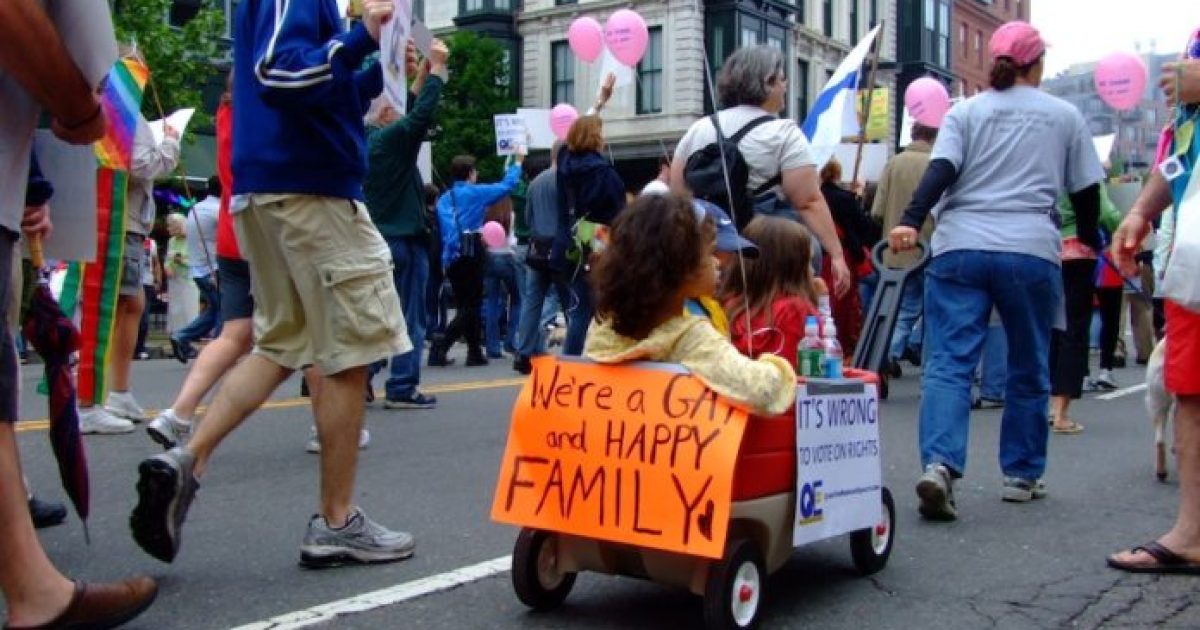 The answer to the headline is that Christian adoption agencies have abandoned the Bible, plain and simple. They are not only condoning what God condemns, but they are endangering the lives and souls of America’s children. Now, a “Christian” adoption agency out of Michigan had decided to work with sodomites, lesbians and gender confused, mentally ill, people who are at war with their Creator to adopt children.

Bethany Christian Services out of Grand Rapids, Michigan is alleged to be working to allow people who clearly are mentally ill and, in many cases, engaged in capital punishable crimes, to adopt children.

According to an employee at Bethany Christian Services, who agreed to share information on condition of anonymity, last week they along with a group of other employees told the organization they would walk out of their jobs unless the policy changed.

On Thursday, Bethany Christian Services officially announced in a statement that they were changing their policy.

“Bethany will continue operations in Michigan, in compliance with our legal contract requirements. The mission and beliefs of Bethany Christian Services have not changed.”

This new development comes several weeks after the state of Michigan settled a lawsuit with the American Civil Liberties Union and two gay couples who sued the state in 2017.

That is Jay Kaplan from the ACLU. He says by settling the state agreed to put the needs of children first.

“Where by the state of Michigan agreed to hold these contracting agencies to the contract language of non-discrimination, because children in foster care need every family that is willing and able to provide them with a loving home.”

According to the statement from Bethany, the organization said that they were disappointed with how the settlement agreement had been implemented by the state.

Here’s the problem: the ACLU is a Communist, subversive organization that continually attacks the biblical foundations of America, much of which our founders upheld, including how the law deals with sodomites and those who engage in unnatural behavior.

Second, children are not being put first by this. Rather, criminal sodomites, lesbians and gender confused and mentally ill people are being put first. Just wait till they start getting reports of these people violating the little ones they have adopted. Then who will be blamed?

Shame on Bethany Christian Services for bowing to the state beast to appease the lustful appetites of sodomites and others in their area!

Christian adoption agency Bethany Christian Services (BCS), which is based in Grand Rapids, Michigan, has just announced it will begin to work with same-sex couples and other LGBT families. BCS was once on the receiving end of legal troubles because of their refusal to work with homosexual couples in the past.

God forbid faith-based adoption agencies apply their biblical view of the family unit to the homes they place children in, right?

Any attempt to protect the sanctity of the family, as being a married man and woman with children, is inevitably attacked by those on the left. Just as in the cases of bakers who refuse to bake a wedding cake for a homosexual wedding, there are other bakeries and there are other adoption agencies to work with as BCS is only responsible for about 8 percent of the adoptions in Michigan.

The left simply can’t abide that there are still people left who believe in the natural family.

Of course, Michigan Attorney General Dana Nessel couldn’t hold her keyboard long enough to parade on Twitter about how a Christian adoption agency left the feet of her King Jesus to bow at the feet of the tyrannical beast that promotes what God calls an abomination.

Part of the reason that BCS bowed in the first place is that they got in bed with the state. Christian ministries and Christian services, along with Christian Churches should distance themselves from the state entirely, including removing themselves as 501c3’s and the like. They are independent of that and do not have the state as their creator, but rather the Lord Jesus Christ.

Johnston reminds us that this is not the first time that BCS has bowed to antichrist state-mandated proclamations.

Sadly this is not the first time BCS has caved on its Christian values. Last July, a BCS affiliate in Philadelphia changed its policy after being bullied by the city because of their refusal to place children with same-sex couples.

BCS has become a double-minded organization claiming to stand by the truths of scripture while conforming to the demands of the world. They insist they are still against homosexual marriage but that it is more important to stay in the foster-care space than to actually stand for Christ.