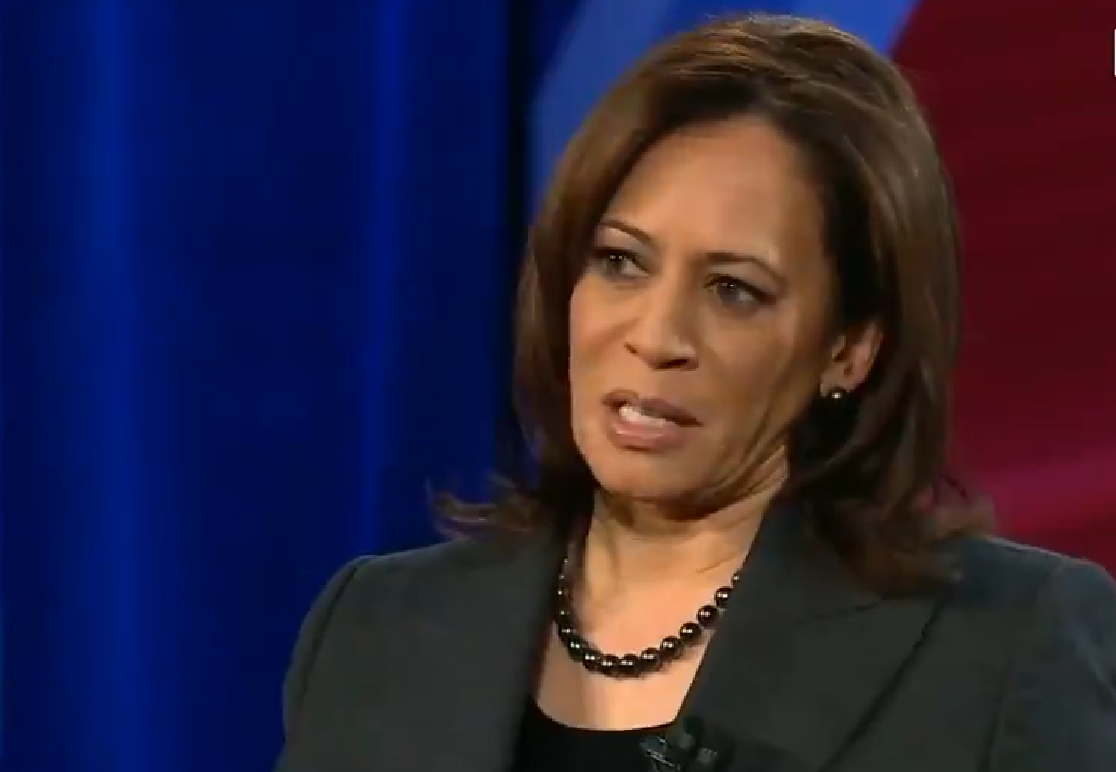 The twisted, immoral and detached mind of Communist Democrats like Senator Kamala Harris (CA) never ceases to make me just shake my head in bewilderment. At a recent CNN town hall meeting, ie. propaganda television show, Harris declared that one could support the Second Amendment and yet, want to get rid of “assault weapons,” which could “kill babies and police officers.” She doesn’t even realize her own hypocrisy in funding and supporting the likes of Planned Parenthood and other abortion mills that behead, dismember and burn babies alive.

“You can be in favor of the Second Amendment and also understand that there is no reason in a civil society that we have assault weapons around communities that can kill babies and police officers,” Kamala Harris says of guns in America.

“You can be in favor of the Second Amendment and also understand that there is no reason in a civil society that we have assault weapons around communities that can kill babies and police officers,” Kamala Harris says of guns in America. #HarrisTownHall https://t.co/0EMGUsQFut pic.twitter.com/2CYWVdfYOg

Harris claims it is a “false choice” to say that the Second Amendment protects “assault weapons,” whatever that is, that can “kill babies.”

No, what is false is to say you support the Second Amendment that reads “shall not be infringed” and then turn around and infringe on the right to keep and bear the arms of law-abiding Americans’ preference.

Her response came when someone asked, “The rates of gun violence in America are astronomically higher than in other western democracies.”

That is not actually true. In fact, it has been shown time and again that America, for the most part, except in areas where strict gun control such as Harris advocates for, largely is free from such violence where guns abound.

On top of that:

Oh, and let’s not forget this little nugget:

Furthermore, among crimes committed, very few involve a rifle, and even less involve a semi-automatic rifle, which Harris and others like her dub an “assault weapon.”

The glaring hypocrisy though comes in the fact that Harris puts on a fake concern about police officers and babies.

As for babies, when Harris had the opportunity to go after Planned Parenthood and their accomplices for illegally trafficking baby parts, which could have shut the whole thing down in California and abroad, she chose to attack the messenger who exposed their crimes. Why did she do this? Because, and forgive me being blunt, but she’s a whore.

We know she’s a whore because The Washington Free Beacon revealed:

Former San Francisco mayor Willie Brown broke his silence on his relationship with Democratic senator Kamala Harris on Saturday, admitting in his weekly column that he used his powerful post to boost her young career when they dated.

Brown, who was openly in an extramarital relationship with Harris when he was speaker of the California State Assembly and running for mayor, had avoided commenting on his relationship with Harris since she announced her run for president a week ago. Harris has also managed to avoid addressing the role Brown played in the early stages of her political career.

Brown goes on to address the fact that he appointed Harris, who was just a few years out of law school and working at the Alameda County district attorney’s office, to two well-paid posts on California state commissions and later helped her in her first election.

This has been known for a long time, it’s just now, Brown decided to confirm it.

But she takes money from baby murderers, and not those who might accidentally kill a child with a weapon, but those who knowingly, methodically and for-profit behead and dismember the most innocent among us, often injuring mothers and sometimes killing them in the process.

This is what Kamala Harris doesn’t want people to see and we need a way since people are closing their ears to the American Holocaust that dwarfs anything that happened in Nazi Germany and knows no race, color or creed, even though Planned Parenthood’s founder specifically targeted Blacks and other minorities.

On January 28, 2019, Breitbart News reported that Harris used her appearance that same town hall to push for the criminalization of private gun sales. She wants to do this via universal background checks, which she pushed with reference to the attempted-assassination of Gabby Giffords in 2011.

Harris did not mention the fact that Giffords’ attacker acquired his gun via a background check, not a private sale.

Yes, and they never will because they are criminals and people like Kamala Harris are criminally minded. They are out for themselves and nothing else. They have an agenda and it is not to represent the people nor to uphold the law. It is to violate the law and to infringe on the rights of law-abiding citizens.

The truth of the matters is that abortion has killed far more American children by leaps and bounds than all gun murders in our history. When is she going to stand up and do the right thing rather than whoring herself out to her pimps at Planned Parenthood?

Kamala Harris is looking to run for president. The media is behind her for now. However, she isn’t qualified to be president any more than that vast majority of those who will run for that office in 2020. In fact, she isn’t qualified to be in the US Senate, but sadly, the American people have become so complacent when it comes to impeachment and bringing justice that she might actually have a shot… Barack Hussein Obama Soetoro Sobarkah was in the very same position over a decade ago.