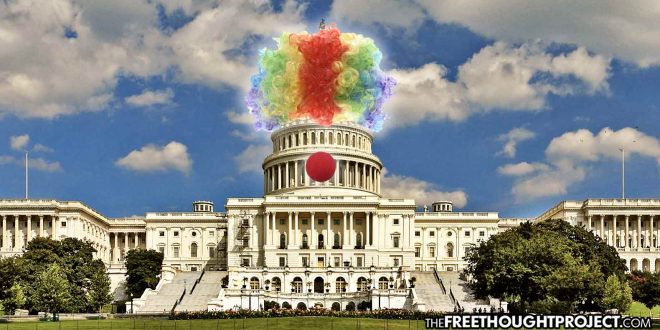 On January 20, 2021, President Donald Trump will leave the White House — forever. The man whose presidency drove a wedge between society unlike anything we’ve ever seen will lose his soapbox and likely fade out of the limelight. In the meantime, unemployment continues to skyrocket, infrastructure is crumbling, and small businesses are being wiped out.

Given the current and grim state of affairs in the land of the free, one would think that Congress would attempt to quickly work together to form a plan to help ease the suffering so many Americans are facing. However, this is the US Congress and help is the last thing on their minds.

Instead of working on programs to safely reopen the country, help those who’ve lost their jobs and homes during the pandemic, and find solutions to problems faced by tens of millions of Americans — Congress impeached a man, who in less than a week, will no longer be the president.

This move is insulting and egregious for two reasons. The first one is obvious and that there are far more important things to be working on than holding impeachment proceedings when a much less resource consuming criminal investigation could happen in the days after Trump leaves office. The second reason is that Trump should have been impeached years ago.

Over the last four years, Trump has given Congress multiple substantial reasons for impeachment, but they agreed with him on most of it, so they left it alone.

When Trump tweeted out in May that “when the looting starts the shooting starts,” this was a direct call for violence. In fact, it was in clear violation of the constitution by calling to remove due process and extrajudicially execute people over the suspicion of a misdemeanor. He should have been arrested on the spot but he wasn’t.

In 2018, Trump called for the removal of due process and to directly violate the 2nd Amendment when he famously said, “take the guns first, due process second.” Again, this was a crime and he should have been impeached for it. And, again, he was not.

Also in 2018, Trump fired 100 Tomahawk missiles into Syria allegedly as punishment for a Syrian government chemical attack in Douma. Though the US was not under imminent threat of attack from Syria, Trump didn’t wait for a Congressional declaration of war on Syria or even an authorization for a missile strike. In fact, he didn’t even wait for an investigation of the event to find out what actually happened! He just decided to send a hundred missiles – at a cost of hundreds of millions of dollars – into Syria.

We would later find out from whistleblowers on the UN team who investigated the alleged attack that the report blaming the Syrian government was falsified and that the whole “attack” was nothing but a false flag operation.

For these war crimes, Trump should have been impeached. He was not.

In January, Trump authorized the assassination of a top Iranian General, Qassim Soleimani, and a top Iraqi military officer inside Iraqi territory while Soleimani was on a diplomatic mission. Trump and his Administration tried to claim that the attack was essential because of an “imminent threat” of a Soleimani attack on US troops in the region.

We found out shortly afterward that they lied about the “imminent threat” and the assassination was not “urgent” – it was planned back in June of 2019. Trump then claimed it didn’t matter whether there was an imminent threat: Soleimani was a bad guy so he deserved to be assassinated. Again, the attack was an act of war on Iran without Congressional declaration or authorization for war — another impeachable offense.

The fact is that Trump gave Democrats and Republicans multiple reasons for impeachment with his actions over the last four year, but because it would expose them to accountability for committing these same crimes, and because they largely agreed with these measures, none of them moved to impeach him for these overt criminal acts.

Only now is Congress pretending to have a conscience and moving to impeach the president — spending millions, possibly billions in taxpayer dollars — and he is leaving office next week.

I'm sorry I just don't understand the excitement about this worthless impeachment of #45. Am I missing something? He still gets paid tax salary for life, he was leaving office in a week or so anyways and him and Congress still haven't done anything for the American people……

They made up their mind, and quickly moved into action achieving an impeachment trial in just 6 days. This shows America just how fast the political machine can actually move when it wants to. But in regard to helping Americans in need, it clearly did not want to.

In March of 2020, at the beginning of the pandemic, Congress approved a $1,200 stimulus payment to Americans. It would take them over 9 more months to get a second stimulus out — for just half that amount.

Americans are starving and dying and Congress chooses to impeach rather than find a solution to these problems. Still think they care about you? Caitlin Johnstone summed up this notion perfectly in the following

If a political party always succeeds in advancing sick agendas and always fails at advancing healthy agendas, it's because it only exists to advance sick agendas.

A record 621 people as of December 19 have died of drug overdoses in San Francisco alone. That is nearly three times more deaths than COVID-19 which sits at just 235 deaths. The results are similar in places across the country. However, the government appears more concerned with impeaching orange man than they were with preventing despair, hunger, unemployment, overdose, and suicide by giving Americans a stimulus.

If we contrast America’s economic response to that of Canada’s, we can see where America’s priorities lie — and it is not with the people. Canada has a multi-tiered response that is providing weekly benefits for those affected by the lockdowns. As a result, their deaths from suicide and overdose haven’t spiked like we are seeing in the US.

While forced isolation measures are causing a spike in despair, suicide, and overdose globally, it is a lot easier to work through these issues if you don’t have to worry about starving to death.

As a result, in Canada, amid the pandemic, they witnessed a 200% spike in calls to suicide prevention lines and counselling. In America, some cities like Los Angeles, spiked upwards of 8,000%.

While we can’t correlate the causal relationship between stimulus and depression with certainty, given the above examples, it can safely be assumed that stimulus most definitely has an effect on keeping it lower.

Nevertheless, the United States government failed to provide adequate support to the people while at the same time giving hundreds of billions to special interests. And, as the clown show continues, instead of helping the people, they are impeaching Trump who will be gone in just a few days.

Sadly, the American people were duped and they’ve been sold a bill of goods as justice which will inevitably be used against them.

As the stimulus plan was sold to them in March as an aid package for the most vulnerable, it’s been anything but. Here we are over 9 months later and banks and corporations, and the mega rich, are still feeding at the government trough as Americans get $600. As a result of the feeding, we’ve seen a massive transfer of wealth — totaling a trillion dollars — to just a few of America’s richest people.

But fret not America, as you struggle to pay you mortgage or put food on the table, your “representatives” will be spending the next few days impeaching a man they should’ve arrested years ago.