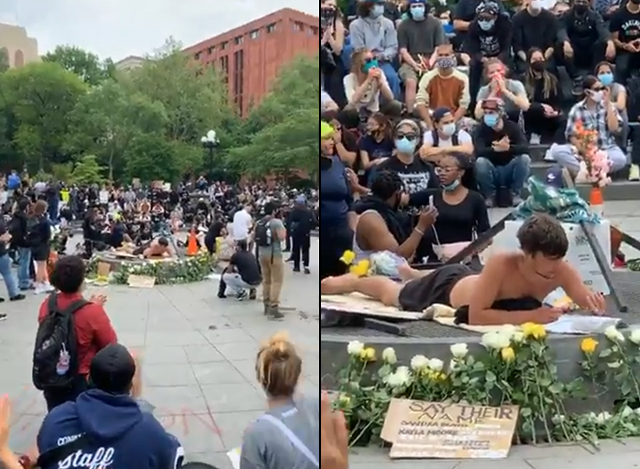 A lefty protester on Twitter expressed outrage over a white man filmed allegedly reading a book and tanning in the middle of a Black Lives Matter protest in New York City on Tuesday (though there’s more to the story).

The protester shared video of the incident, writing: “A white man refusing to let us pay respect to George Floyd and continuing to read his book and tan in the middle of our demonstration is why we need change now #BLACKLIVESMATTER.”

While the video was funny as hell, there was just one problem: a local community leader says the guy is “mentally ill” and “was there two days in a row mourning his mother that passed.”

Just like middle school boys who make politically incorrect jokes, those are the real oppressors!

[Video archived here in case it gets deleted.]