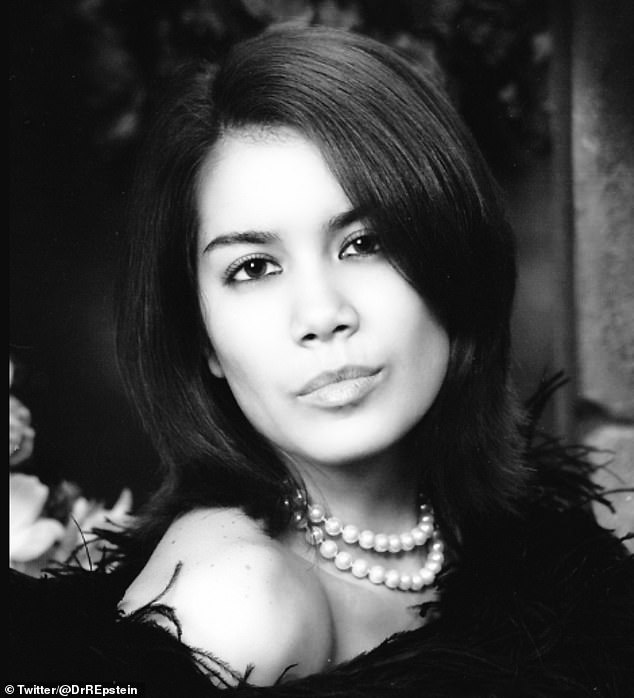 Life is full of unfortunate, if not brutal, coincidences.

But when those coincidences happen to high-profile people, we tend to wonder if foul play could have been involved.

Robert Epstein is the whistleblower who dared take on Google.

In hindsight, it is not necessarily a good idea to mess with anyone with the surname of Clinton.

Here’s more from The Daily Mail:

The wife of a Google whistleblower, who exposed meddling in the 2016 election, died Friday night just days after she was seriously injured in a car crash.

Psychology professor, Robert Epstein, 66, shared in a heartbreaking tweet announcing that his wife, Misti Dawn Vaughn, died after her vehicle spun out of control along a slippery road in California and into the path of a tractor-trailer.

‘I was supposed to die in your arms some day, but a slippery road has ruined everything. You were not just my love, you were my greatest adventure.’

Misti, 29, reportedly lost control over her Ford Ranger just after 8am Monday morning.

According to the San Diego Union-Tribune, she was driving along rain-slick Interstate 15 in Escondido when the accident occurred.

When her truck spun out of control it crossed into the path of an oncoming big rig that was hauling two dump trailers.

California Highway Patrol spokesman Officer Mark Latulippe told the news outlet that the 50-year-old driver of the tractor-trailer was unable to avoid hitting the woman’s truck and struck the passenger side of the pickup.

Moments later, a 19-year-old woman who was driving a Toyota 4Runner was also unable to avoid the accident in front of her and struck the Ranger.

The victim was treated at the scene for her injuries before being rushed to Palomar Medical Center. Both the big rig driver and the 19-year-old woman were uninjured.

Drugs or alcohol aren’t believed to be factors in the crash. A police investigation is ongoing.

On Twitter, several people expressed their condolences to Epstein, who has been a critic of Google’s operations and ethics.

Read more at The Daily Mail…

That is a given.

And the Clintons may help their friends on occasion.

Is Google now so evil that they kill their critics?

Did Hillary take care of their light work?

Was it simply one of those coincidences that will never look right, but was actually just being at the wrong place at the wrong time?

What the hell does Assange know?

He’s going to die is prison if governments of the world have their way.

Pray for Robert Epstein in this time of loss.

As a man who stood tall for us, that is the least we can do for him.