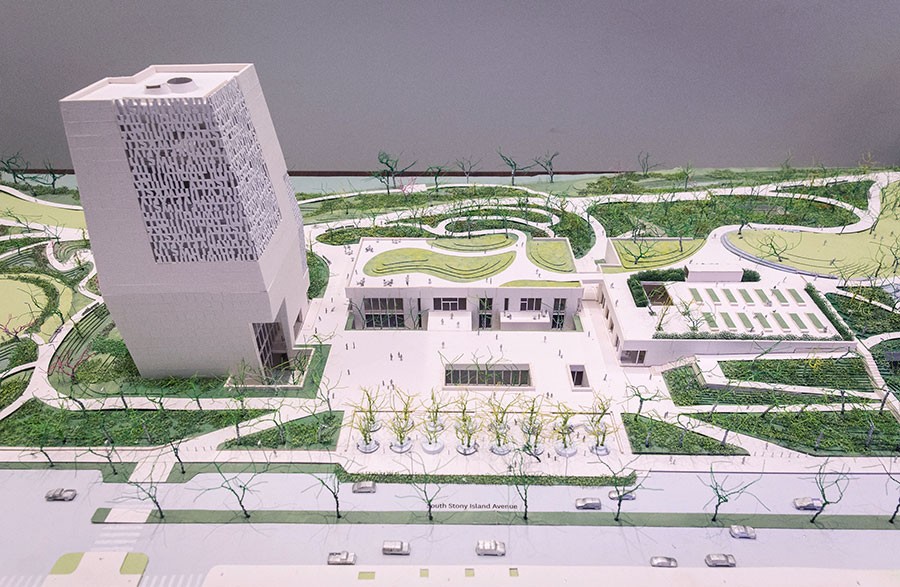 What in the hell is The Obama Presidential Center?

I had to look it up.

No worries. It’s not Barack Obama’s trophy case with his Nobel Peace Prize and his numerous fake birth certificates.

It’s just a simple place of public education that aims at brainwashing the masses. It sounds a lot like a public school, but for students of all ages.

Because 8 years of Obama were simply not enough.

We’re building a campus for active citizenship in the heart of Chicago’s South Side — but it will have projects all across the city, country, and world. The Center is a work in progress, built in direct partnership with thousands of people who have offered their feedback in-person and online. The Obama Presidential Center will be a living, working campus — an ongoing project where we will shape, together, what it means to be a good citizen in the 21st century.

That’s refreshing. So long as it’s just another brainwashing factory that creates obedient and good citizens, I’d be OK with Chicagoans wasting their money on that.

I mean, who are they going to brainwash in Chicago?

Have you ever heard of preaching to the choir?

The Chicago City Council voted for this, nearly unanimously I might add, back in May:

Culminating a three-year campaign by the Obama Foundation, the Chicago City Council on Wednesday approved measures to allow construction of the Obama Presidential Center.

The approval, which came on a 47-1 vote, means the foundation can move forward into federal reviews of the project with city support as a badge of endorsement.

In true corrupt government fashion they were actually voting on spending tax dollars from Texas and Oklahoma and the other 47 states that are NOT Illinois.

Only now has it become apparent that federal taxpayers, not Illinoisans, will be funding most of the public support for the controversial Obama Center to be built on Chicago’s Southside.

Wirepoints has learned from administrative officials and legislators that at least $139 million — 80% of the public funding for the center — almost certainly will be reimbursed by the federal government. The project was already under attack for a number of other reasons, including a First Amendment “compelled speech” claim that it would force taxpayers to fund private, political advocacy.

The center was initially pitched as a privately funded presidential library. Many Illinois taxpayers therefore were angered to learn that at least $174 million was included in the state’s 1,246-page budget presented in May to rank and file General Assembly members only hours before their vote. Nor will the center be a presidential library.

However, it turns out that federal taxpayers will be the ones compelled to make the subsidy. The Illinois appropriation is for roadway and transit reconfigurations needed to accommodate the center, and 80% of such spending is generally reimbursable by the federal government. Wirepoints has confirmed with state officials that federal reimbursement of at least $139 million is highly likely.

Why can’t Illinois pay for this and leave the rest of us out of it?

This is another example of everything that is wrong with my America.

The City of Chicago can vote to spend my money AND YOURS, no matter where we live or what our political views may be.

There are about 300 million people in America. $139 million is just shy of $150 million. It doesn’t take a rocket scientist to figure out that amounts to about 50 cents per person. I have 6 people in my household. That’s $3 from my family budget to pay for what sounds like an Obama Clown College.

Yes, I realize that my numbers are estimated and somewhat “liberal.” I prefer the term “progressive.”

It’s probably more like 40 cents per person. Either way, they can send me a $3 refund and kick in the extra 60 cents for my pain and suffering. Why would I spend any of my hard-earned money to continue upon 8 years that nearly ruined my life forever?

What the hell happened to my America?