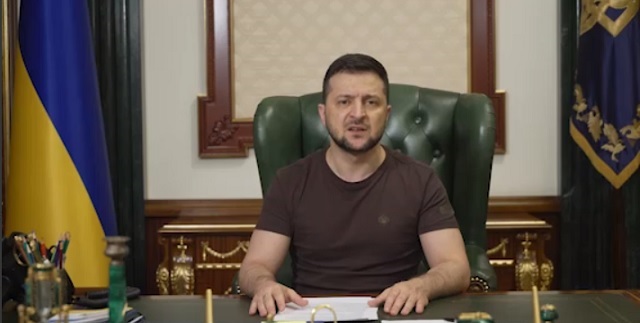 The Zelensky regime has placed sitting US Senator Rand Paul and other prominent Americans on a blacklist for “promoting Russian propaganda.”

The Government of Ukraine has issued a blacklist of individuals who they judge to be “promoting Russian propaganda” — including a number of prominent Western intellectuals.

The “Center for Countering Disinformation,” established in 2021 under Volodymyr Zelensky and headed by former lawyer Polina Lysenko, sits within the National Security and Defence Council of Ukraine. Its stated aim is to detect and counter “propaganda” and “destructive disinformation” and to prevent the “manipulation of public opinion.”

On July 14th it published on its website a list of politicians, academics, activists that are “promoting Russian propaganda” — including several high-profile Western intellectuals and politicians. Republican Senator Rand Paul, former Democrat Congresswoman Tulsi Gabbard, military and geopolitical analyst Edward N. Luttwak, realist political scientist John Mearsheimer and heterodox journalist Glenn Greenwald were all included on the list. The list does not explain what the consequences are for anyone mentioned.

The exact criteria for inclusion are also unclear, although next to each name the report lists the “pro Russian” opinions the individual promotes. For example, Edward Luttwak’s breach was to suggest that “referendums should be held in the Donetsk and Luhansk regions”; Mearsheimer’s breach is recorded as him saying that “NATO has been in Ukraine since 2014” and that “NATO provoked Putin.” While our government is busy sending over $60 billion to this corrupt regime, they’re busy putting us on blacklists and lecturing us about how we’re not giving them enough.

Two months ago, Hungarian Prime Minister Viktor Orban and Croatian President Zoran Milanovic were both placed onto the Kyiv-based Myrotvorets database, a doxing outfit run by Ukrainian intelligence which has been used as a de facto hit list in the past.

The U.S. should be sanctioning the Zelensky regime for human rights abuses, torture and corruption rather than funneling endless billions into their coffers.